Crossover Mission helps the kids who need us most to become successful adults through a program of year-round basketball and one-to-one academic mentoring. 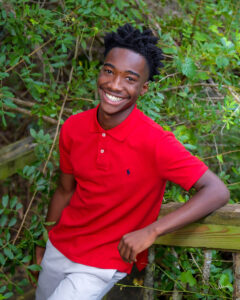 To our Crossover family and friends,

Bidensky Termidor (BT), one of our founding student-athletes, was a rising star and role model at Crossover Mission and the Indian River community. He was known as a young man whose joyful, curious spirit, and unending energy and social acumen, had taken all that was available to him and made it greater! His tragic and untimely death on the last day of high school left a hole for all of us at Crossover mission and beyond.

BT grew up in a loving Haitian-American family and attended IRSC public primary, middle and high schools until his junior year when he transferred to St. Edward’s High School. BT’s success was the result of his hard work, dedication, perseverance, and grit – and the support and mentoring provided by Crossover’s staff and volunteer tutors and mentors.

BT embraced the opportunities offered by St. Edward’s and re-doubled his efforts to excel academically and athletically, playing varsity football his Junior year and varsity basketball his senior year. He achieved a 4.0-grade average his senior year and was awarded a major academic scholarship at his first choice university – Northern Florida – in Jacksonville, which he planned to attend this Fall.

Bidensky is a shining example of a Crossover kid who discovered his true potential and exceeded even his own expectations in fulfilling it.

Bidensky Termidor was a remarkable young man with a bright future ahead of him. He was a role model for his peers and for the younger Crossover student athletes who loved him. He always had a smile on his face and words of encouragement for anyone who saw him. He will be sorely missed by all who knew him.

While his loss has created great sorrow in our community, we have come together to bring his memory alive. Crossover Mission, with the blessing of the Termidor family, has decided to create a scholarship in BT’s honor and memory to be awarded to our seniors to help them attain their higher education goals.

We thank you for generously considering being a founding donor of this scholarship.

To donate, please go to https://crossovermission.com/donate/ and write “B.T. Scholarship” in the “Edit Dedication” Box or send a check to Crossover Mission (4425 US-1, Vero Beach, FL 32967).

The funeral service will also be held at Community Church of Vero Beach on Sunday, May 23 at 1:00 pm.

We are all Crossover Mission. Thank you. 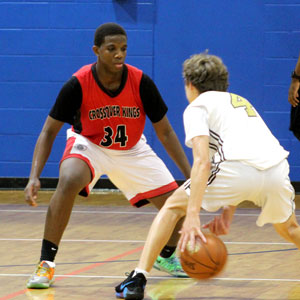 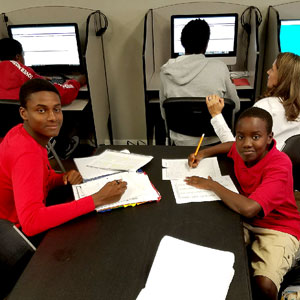 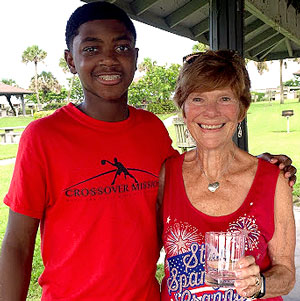 Why I Love Crossover Videos