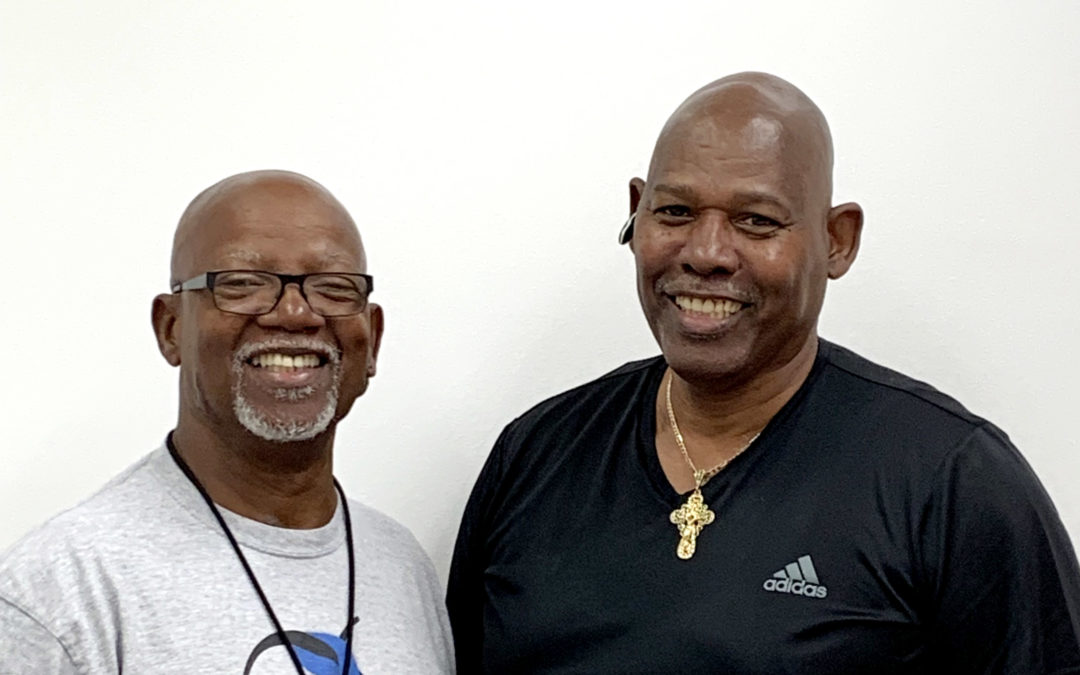 Coach Staley and Coach Libby are an inseparable duo in the Gifford community. For the past 30 years, they have helped raise generations of Gifford young people.

I had the opportunity to sit down with these two remarkable men to talk about their story. What I found is that their history is inexorably linked to the development of Gifford and its efforts to elevate young people to be the best they can be. Many of the youth programs in Vero today have their roots in the efforts of these two men.

Coach Larry Staley was raised in Vero Beach in a large, deeply religious family. Always a good athlete, he went to college in North Carolina playing football, basketball (this website has more information about where to buy the goal post at the best quality and price) and track & field. After college, Staley was training for the Olympics in track & field and planning to stay in NC. The 1980 US Olympic boycott and an unexpected phone call from Coach Billy Wilson changed all that. Coach Wilson had been Staley’s coach and mentor at Vero Beach High School. On the call, Coach Wilson asked if him wanted to come be a coach with him at the Vero Beach High School? Staley jumped at the chance.

Once back in Vero, Staley was coaching and wondering how he was going to use his education degree. One day his uncle asked to meet him at the Gifford cemetery. Suspicious, but wanting to be respectful of his uncle, Staley arrived at the dark wooded area. “Would he like to have this”, his uncle asked, as he gestured to the dark, wooded land next to the cemetery. Not understanding completely, Staley said “yes, of course”.  “Then come with me to the Matrons Hall tonight,” said his uncle. Little did he know there was a meeting that night of the Progressive Civic League with reporters from the Press Journal and a huge crowd. At the meeting Uncle Richardson introduced Staley as the new “Recreation Guy”. The rest, as they say, is history. At the time, what is now Gifford Park was empty acres of Florida scrub and forest. After a vote and support by the city, a small field was cleared for softball and eventually, a second area was carved out for soccer. It was 1980 and these open fields, with no shelter, no drinking fountains, only the blazing hot sun, became Coach Staley’s office. He was young and passionate and wanted to help kids. It was the beginning of summer rec programs for kids in Gifford. For the next 20 years, summer in Gifford meant spending every day at the park playing games, hanging out with friends and learning from two incredible role models.

Coach Libby Page is proud to call himself a Fellsmere boy, born and raised. After high school, Libby joined the military for a few years. Coming home to Vero was hard. After a number of odds and ends jobs and a stint at Sun Furniture, Coach Staley asked Libby to join him at the summer rec program, paying him just $40/week out of his own pocket. Little did they know that years later they would still be working together, life-long friends, dedicated to helping the kids of Gifford. Coach Libby is known for his ancient black 1994 Ford Ranger pickup truck. For years he has been driving the streets of Vero making a sweep from north county, through Gifford and down to Oslo picking up kids on Friday night to go to the high school football games. Of the folks I have spoken with, every Gifford native remembers riding in that truck. You want to get to summer rec program or the football game? Be ready to be at the stop sign by your road, Coach Libby would be around to pick you up.

For many years, the summer rec program at Gifford Park was the only game in town. Many of the kids got their first job working for Coach Staley once they turned 15, including our very own Antoine Jennings! Once the Gifford Youth Achievement Center was built in 1998, Coach Staley’s rec department office moved into the building. Eventually, more summer programs in Vero became available, the rec department expanded, and kids began doing a variety of activities in the summer. When the Gifford Aquatic Center was built in 2003, Coach Staley became director of the aquatics program. His passion for kids has never wavered. Retiring just last year, Staley is still involved with the kids of Gifford and teaches a Senior Exercise program at GYAC one day a week. When he’s not working with kids, Coach Staley can probably be found bowling, his favorite hobby.

Coach Libby has been driving a school bus for the past 27 years and has no plans to stop any time soon. He plans to keep coaching the girls basketball team at Gifford Middle School where he has been since 2004. Most of all, Coach Libby can still be seen driving around Gifford in his 94 Ranger picking up kids who need a ride to the football game.

In our interview, Coach Staley shared memories of trips to Winn Dixie where, using his own money, he would stock up on freezer pops to help keep the kids cool. He dragged an old freezer to the park to put in the shed outbuilding that was his office. Teens who were working for him could always find Coach, sweating at his desk in that little shed, ready to organize the next game or adventure. As school bus drivers, both Staley and Libby had access to the school administration. They asked and were given permission to have two buses all summer long to take kids on adventures. They made trips up and down the Treasure Coast playing games against other rec departments, taking the kids to movies, bowling and skating. Both Staley and Libby have lived by this motto when dealing with the kids. “Get it right the first time. Go by the book all the time and you’ll never go wrong.” Of course there were kids who pushed back, who would curse or fight or make terrible decisions. Coach Staley always had an answer for them. He told them, ”if you see me curse, you can curse, if you see me fight, you can fight, if you see me do wrong, then you can do wrong.” For those kids, Coach Staley and Coach Libby were more than role models, they became like family. No one wanted to have a phone call home to their parents from Coach Staley who always seemed to know everything that was going, and most of the kids came to call Coach Libby, “Pops”.

As our interview wrapped up I asked my only question. I loved every minute talking with them, laughing at their stories until my cheeks hurt, and seeing the depth of their commitment in a few of the most heartbreaking stories. I asked each of them, “What do you think is your legacy?”. Coach Staley immediately answered strong and loud, “May the work I’ve done, speak for me”. Coach Libby took a few minutes to ponder and then quietly said, “I know I made a difference in peoples’ lives but they made just as big a difference in mine”. These two incredible gentlemen are a part of Gifford’s past, present and future. I am honored to have had the chance to meet them.

Please join us in honoring Coach Larry Staley and Coach Libby Page at our Unity Award Presentation on August 17th at 3pm at the Gifford Youth Achievement Center. The award ceremony will take place during the Annual Crossover Sheriff’s Exhibition.